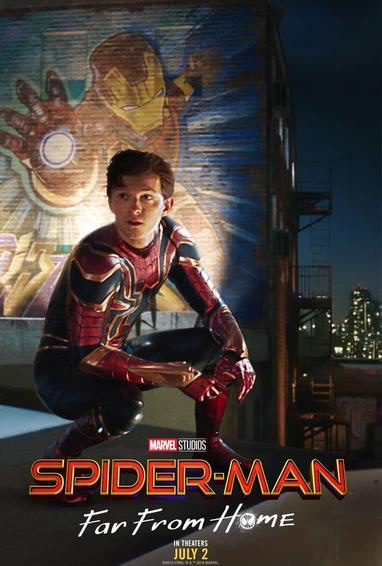 So I saw Spider-Man far from home last week and was pleasantly surprised by how much I liked it. Don’t get me wrong I’m a HUGE marvel whore. And I generally get excited about anything they produce. But I’ve just had a hard time getting into the 3rd spiderman. We had Toby McGuire who I LOVED. Then I fell inlove with Andrew Garfield and got used to him being Spider-Man. Then BAM they recast him after only two HIT films. So I’m honestly just getting around to loving Tom Holland as Spider-Man and dare I say it(HES THE BEST SPIDERMAN🤷🏾‍♀️). He’s the only actor out of all 3 that’s the closest to actual Peter Parker’s age and it seems real to me. Like Tom actually looks like an adorable science nerd who could also be a superhero. I believe it more when it’s coming from Tom. I hadn’t seen Spider-Man homecoming until a year after it was released. And was so happy when I found out iron man was in it and that made me like it even more. I also liked how he was introduced in captain America and then went on to be in the last two avengers. Getting the fans used to Tom and making us fall inlove with him even more. But back to the review. This film started off VERY slow. So slow I was a little worried I was gonna hate it. But it picked up and when it did that’s when the show really started! Jake gyllenhall was a standout to me!and possibly the best part (besides tom obviously)!! We all knew he was the villain but still we all sat there and got pulled in by those big blue eyes and charming personality and thought we could trust him. He was a brilliant villain. Overall it was a solid 8/10 for me. It started off too slow for my tastes. But I would definitely see it again. And Tom Holland is the best SPIDERMAN EVER. (Please don’t recast him and do ANOTHER SPIDER-MAN. I’m tired).