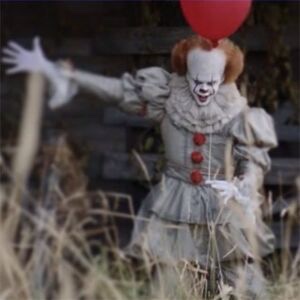 It’s only taken me a month and seeing this film twice for me to write a total NON bias review. To start things off: I LOVED THIS FILM( almost as much as the first). It was the perfect follow up to the first film. The adult actors were PERFECTLY casted. And it was almost uncanny seeing how much they copied the mannerisms of the younger cast. The acting was brilliant and I was surprised to leave the theater feeling so full of emotion and heartbroken. This film left me so sad. Which is weird , because I know it’s supposed to be a “horror film ” but I just didn’t find it scary at all.🤷🏾‍♀️ I mean there were some scary jump moments don’t get me wrong. But it was much more funnier and heartbreaking than scary. I DID not like the graphics and how the monsters or the adult losers fears looked. It looked so cgi and fake I couldn’t help but laugh. I wished they would have used more practical effects instead. It totally takes you out of the moment because it looks so CHEESY. They also cgied pennywise way to much in this film for my liking. Like it wasn’t necessary at all. Overall it was still a great end to pennywise and a great follow up film. Bill skarsgaurd is amazing. And I would love to see him in more big roles. ( and I’m also down to see him as the joker or any other villain in this new Batman). Bill hader totally surprised me as Richie. I knew he could bring the comedy but I was shocked when he brought the drama and made me cry so hard. Everyone did amazing. I don’t think anyone outshined anyone. They all played their parts BEAUTIFULLY. Shout out to Stan the man for breaking my heart 15 mins into the film. Also the homophobic opening scene was hard to watch and unsettling. But perfect to open the film. I give this masterpiece a 5/5. We will let the cheesy graphics slide because everything else was AMAZING.