Now I’ll be the first to say I’m not the slightest bit racist and I was raised to treat everyone fairly. And I think the majority of decent human beings would say the same. But it hasn’t occurred to me until recently how MUCH ignorance and racism occurs towards the Asian Community . I can talk for years about how being black in America and being a Black Woman period, is an everyday struggle and Everytime it feels like you take 1 giant step forward for black people by breaking the “loud, ghetto, stereotypes” you take 1,000 steps back. It’s an ongoing cycle. But what I’ve noticed about the Asian Community, especially this year with (Covid-19) , is that we’ve all been guilty of being a little ignorant, even if we didn’t mean to. We’ve all made fun of the nail shop women, we’ve all said chinese food is rats and bats, and some of us have made fun of the shape of their eyes. And yes all of that is RACIST. Am I racist? No!, Have I done those things? Yes and of course I’m shamed. Because I wouldn’t want anyone to make black jokes and think it’s funny, when it’s not. Why is it okay for us to constantly bash them ,joking or not, but CONSTANTLY TAKE FROM THEIR CULTURE? We wouldn’t have half of the coolest things if it wasn’t for Asian culture. I’m talking chinese food, kung-fu movies, those same amazing nail shop women hooking out nails up, sushi, sailor moon, and some of the most amazing artists in the world .

When covid happened , Everyone became extremely racist against Asians. Because they didn’t want to catch the” chinese virus”. Which in itself is ignorant, because as soon as they found out about it ,they tried to contain it. And not all Asians are chinese . These people started to loose business in their shops and even asian Uber drives couldn’t get work.

It’s also extremely racist and WEIRD to be OBSESSED with asian culture, especially if you’re not ASIAN. You can appreciate the culture without going overboard and being offensive. Meaning ,if you are gonna wear certain symbols, know the actual meaning. Same goes for tattoos, if you don’t know what it really means, don’t get it tattooed. And DON’T befriend or only date someone because they’re asian then proceeded to only talk to them about karate and sushi etc., I can NOT stress enough how offensive that is and RACIST. and will make them highly uncomfortable. Not all Asians like karate or eat sushi, just like not all black people like fried chicken and watermelon.( I HATE watermelon). Just be considerate and be NORMAL. Don’t be creepy.

Before I got into Bts and K-pop, I was one of THOSE people who bashed it . Not ruthlessly, but I didn’t get it. I didn’t understand the hype around the “pasty Asians”, ( trust me I cringe now when I think about it). It wasn’t until I took all the underlining xenophobic thoughts out of my head ,was I able to fully enjoy a whole new genre of music and TALENT. Because oh man, Asian artist’s are just on a whole different level ENTIRELY. But I think that goes for the entire of Asia. They just seem to be living in future. Back to the point , I’m now made fun of for liking Bts and Those “Asians”. And people are constantly telling me they ” DON’T GET IT” and asking me”you really like Asians?”or just recently I said I wouldn’t mind dating an Asian guy/girl and my coworker said” okay where do they hang out at?” , as if they’re entirely a different species. Whether you know it or not, you contribute to xenophobia when you say things like that, even if you don’t necessarily mean it that way. Asians are people too. Hate to break it to you, but they bleed blood, poop out of their bum holes and walk around on like normal people just like Americans. This could also be the reason why alot of them are not fond of foreigners and americans and trust me I get it. But I think americans as a whole need to do better. You are HUMANS first and americans next. You can’t love a entire culture but hate the community it comes from and treat them like shit. ( Much how people hate black people but CONSTANTLY steal from black culture). This is not coming from a korea-boo ( I don’t want to move to korea) , or a weeaboo( I don’t watch anime). This is coming from a human who’s made alot of those same mistakes but has learned from them and grown to love and appreciate the Asian culture. I’m writing this to say, if you love Asian culture, you have to love Asian people as well. You can NOT have one without the other.

Ps. It is not lost on me how the industry treats Asians as well. We rarely get any all asian cast films, or tv shows and the Asian artist’s get treated like crap when they come to America and not taken seriously. And They rarely get nominated for big awards( grammys, oscars). America as a whole is extremely XENOPHOBIC AND THAT NEEDS TO END ASAP!!

The problem with this film is that, unlike the original there are NOT character issues. Besides lilly and the stepdad, none of the other girls have any issues or a real story line. Lourdes , who’s played by trans actress zoey luna barley has any lines! And I felt from the teaser and the promo photos and the way the actress talked about lourdes ,that she was gonna be the main antagonist and the witch who would get out of control. She never did. Which upset me, she could’ve done so much more with her character,had they written her better. Tabby played by lovie Simone is the only black character, following the original. And has ZERO STORYLINE. Other than being the gorgeous token black girl. She had a moment when they were playing a game and she wished she had more black friends, but that was it. Another character that they could have done so much with and they didn’t. Gideon Adlon who plays adorable word vomit frankie, had the most memorable moments of the coven, but her jokes often fell flat and we’re too dry. They also could’ve done more with her character, but they didn’t. The ending with the main fight, was LACKLUSTER and I saw it coming from miles away.

Going into this movie not connecting it with the previous the craft and it’s a decent cute movie. Which I don’t think is what they were going for. Going into the movie comparing it to the craft original and you will be highly disappointed.

They could have made it so much darker and gave these characters more depth. But they made a disney version instead . It was cute but not what I expected. I give it a 3/5.

Here are some of the films I’ve watched in the last few weeks that were AMAZING.

1. Knives out- now I get the hype around it. Amazing performance from Everyone. Especially Chris Evans. I love him as there hero, but love him even more as the bad guy.

2.the invisible man. Now upon seeing the commercials I will admit I thought it looked a bit silly. But oh man oh man this is without a doubt one of the best films of 2020. Elizabeth Moss is a BEAST!! And carries this entire movie on her back !

3. The gentlemen. What a pleasant surprise. I happen to be one of those girls who can enjoy a little man ensemble nonsense film from time to time. Especially when the men are handsome. This film is an excellent film though and I’m surprised I didn’t hear to much praise about it when it came out. It’s super clever and funny. And everyone gives an outstanding performance.

4.zombieland 2. Not much to say about this one other than I enjoyed it very much . And it’s what you expect from a zombie comedy.

What have you been watching in self isolation? Any of these films?

Today we’re spotlighting Kerry Washington. She is our black artist of the day✊🏾❣️

The coolest around, actress and singer Ryan destiny! I feel if we and Hollywood hype her up the way she deserves, she could be right up there with zendaya! Her fashion sense- AMAZING. She’s bad as hell 🔥

Here are my favorite fashion looks from this years oscars in no particular order. 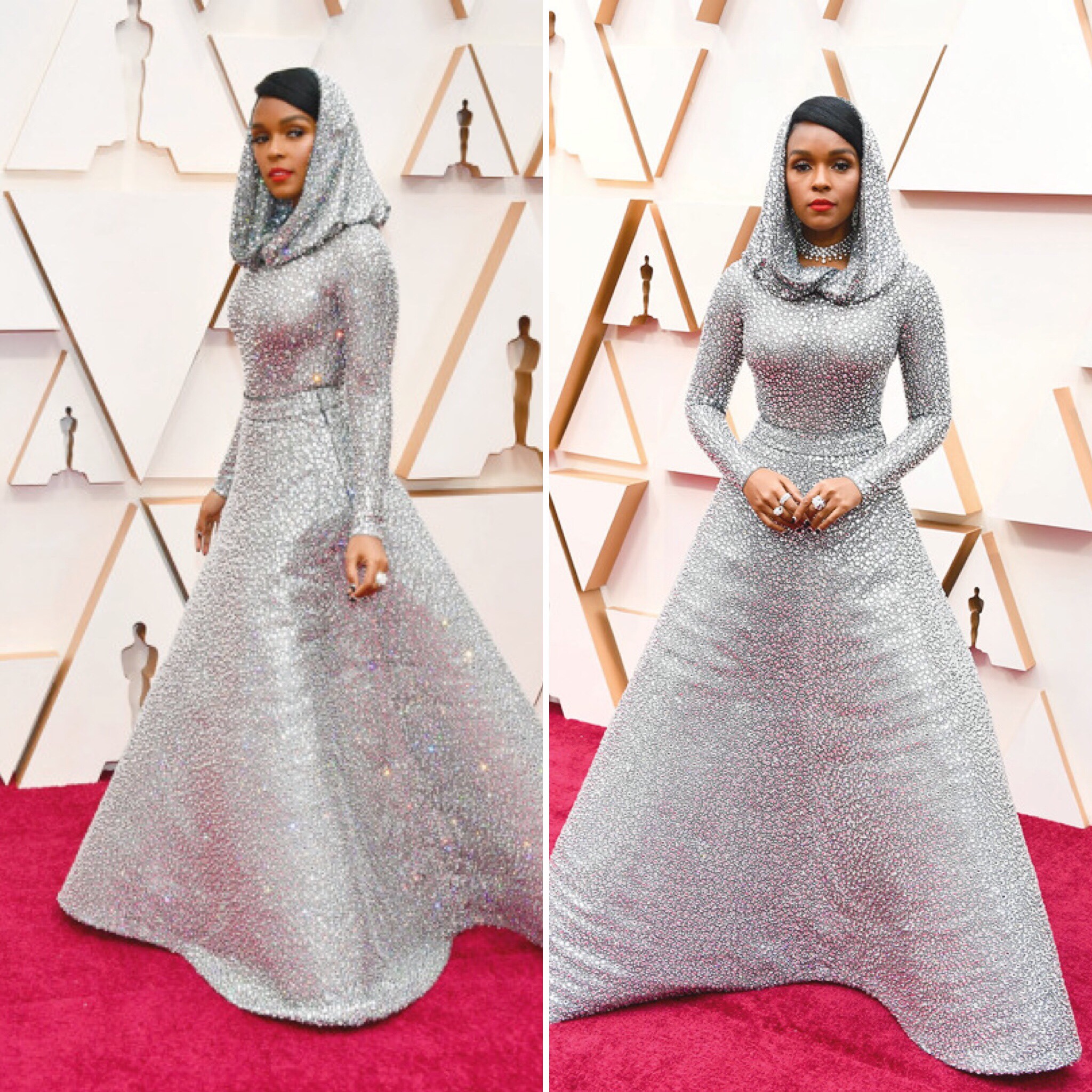 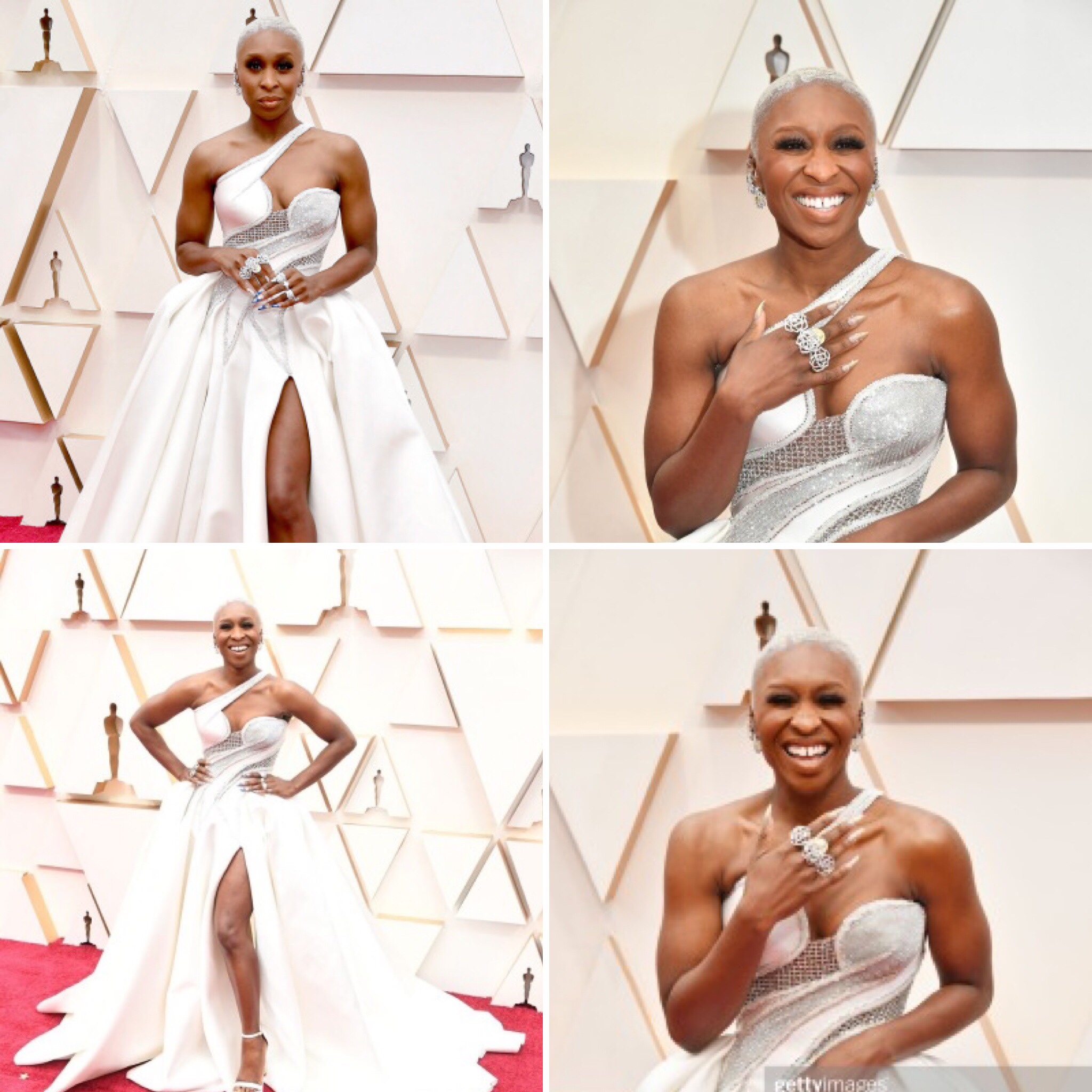 HI I had to upload this BEFORE even seeing the film because honestly I’ve HAD ENOUGH. Birds of prey was released Friday night and ALREADY( its only Saturday) people(men) are shitting on it and calling it a ” FEMINIST AGENDA”. And they’re tired of Hollywood pushing this theme/ agenda on them. They didn’t like charlies angels, the new terminator or Star Wars. They’re sick of it and it’s not realistic because they can’t relate to it. Okay sir who GIVES A FUCK?! This film is not made for sweaty 30 year men who live in their moms basement or have no social life! This is a female empowerment film made for… you guessed it WOMEN. It’s for us to see ourselves represented as strong leads and not just your sidekick love interests!!! The absolute FACT that you’re going to see this movie just to bash it and say “we don’t need another feminist film” PROVES the point that we in fact need to KEEP making these films until y’all get the fuck over it!!! This is the norm and NOT just some fantasy we’ve cooked up! Women and men are equals!! And we can do what you do and most of the time BETTER.

These films are directed by women, written by women and starring women for WOMEN. No one cares about your less than relevant opinion Adam. Take your sexist unwanted remarks elsewhere! But also thanks for spending 15 bucks to go see a movie you HATE. Giving us that top box office appeal!! And to the women who are also saying they hate these types of films: DO do BETTER JANICE. It’s not 1702. Do you wanna be a sidekick making less than men for the rest of your life?!!!Rant over. Go see the film and support these bad ass female actresses who had to train incredibly hard and did most of their own stunts!!! Support your local girl gang!! Women are the BEST!!!

this stunning chocolate amazon goddess just had her first break out role in last years “queen and slim” . You should definitely check it out, she absolutely stole the show for me ! And I can’t wait to see what else she gets up to career wise. Next up though: mommy to be. Congratulations 🥳

your black artist of the day is miss bring it on herself: GABRIEL UNION.

As told by shanise
Create a free website or blog at WordPress.com.